Digitalization and digital services have become the norm also for the forest sector. Digitalization covers more than just the ERPs of large forest companies. It has brought changes to the everyday life of both forest owners and forest service contractors. Work tasks have become more specialized and fewer actual steps on field are taken than before. On the other hand, with digital services the forest is closer than ever and a plenty of information on different management and utilization opportunities is available. Remote forest owners can easily monitor and plan forest management through different services and applications. For example, all interested parties can now participate in managing family’s forest property – not only the person, whose cabinet gets to file the folder.

The change has been even bigger for forest sector professionals. Digitalization has brought unprecedented precision and efficiency to forest management and forest resources monitoring. Different forest systems provide a digital platform for planning forest works, reporting, keeping work logs, and utilizing maps efficiently. It is increasingly possible to cover all forest operations using digital services, from the first customer contact all the way to billing.

Updated information on forest resources and site’s special features is one of the keys to efficient forest management. In the past, information got old fast because updating it was difficult. Nowadays digital platforms and interfaces between systems facilitate the practical work needed for updating. Work can be streamlined and targeted in a more optimal way based on up-to-date information and precise maps. Many of the details are already known when heading to the forest. 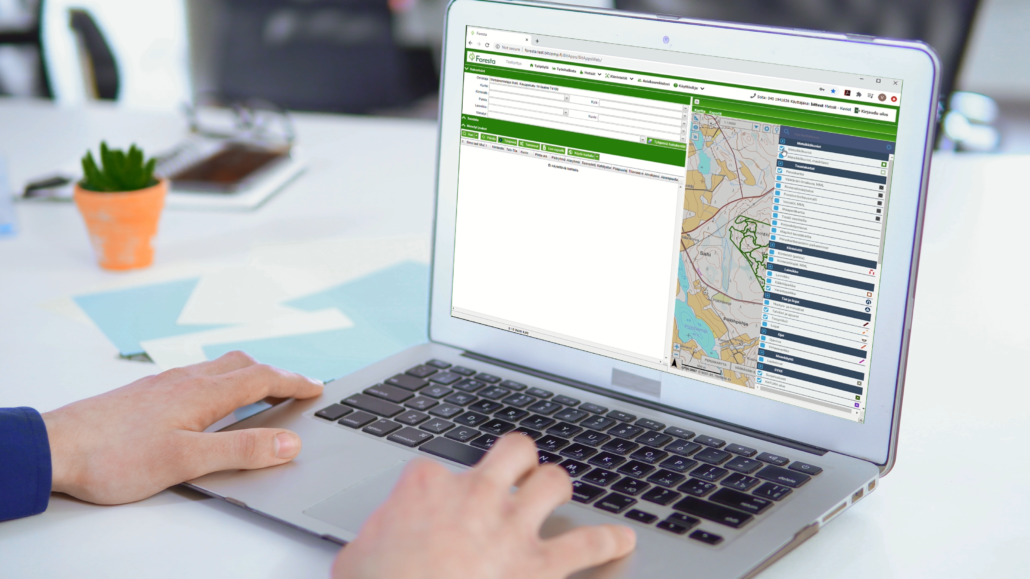 Forest systems, such as Foresta by Bitcomp, is one example of the digitalization of forest work.

And if digitalization has brought a change to the forest management practices, so it has done to attitudes as well. The gap between nature protection and forest management has narrowed. With the help of digitalization, we can get more actual and versatile information on the state of forest. Based on this, forest management scenarios considering the changing objectives of forest owners, ranging from storing carbon to the maximization of recreational values, can be produced and compared. In the current situation, there are versatile options between clearcutting and leaving the forest entirely untouched. Digitalization can have an important role in moving towards more sustainable forestry.

Data producers and software developers form together the front line of digitalization. When there is data to be used, services responding to the needs of forest sector professionals can be developed around it. Bitcomp has been in the front line of forest sector digitalization already since early 2000s by developing forest applications and forest information standardization that is tightly connected to applications. Lately, the emphasis has shifted also to solutions based on artificial intelligence that are already featured in our forest applications, the aim of which has been to make our customers’ decision-making processes more effective.

What Does Digitalization Mean for a Forest Professional?

Digitalization brings a lot of good to the table. The advantages provided by it can be used to manage forests more efficiently and with regard to the different interests of different parties. Up-to-date data helps in making the work site planning easier. Back and forth movement and moving machines around can be reduced, which creates significant cost reduction whether speaking of forest management or wood harvesting measures. With artificial intelligence and automated change detection, field visits can be targeted efficiently to the locations that require further investigation.

Updating the information on forest resources is no longer dependent on laser scanning inventory done in slow cycles, but rather the information on the current situation of forests can be updated based on satellite data, drones, measurement information from forest machines, and observations made by mobile application users. Whereas until now the inventories have been made by taking test areas and deriving the attributes for larger areas based on the test areas, nowadays a satellite can picture the whole area comprehensively at one go. By combining several sources, the forest resources data can be made even more accurate and reliable. Forest owner can save even very detailed information, so in addition to being up-to-date, the information is also very precise, which enables the forest planning to be quite dynamic.

Thanks to the current cloud-based saving capacity, data can be collected almost without limitations, and with artificial intelligence, analyses can be made of aspects affecting forest. These analyses used to be beyond the reach of the masses. 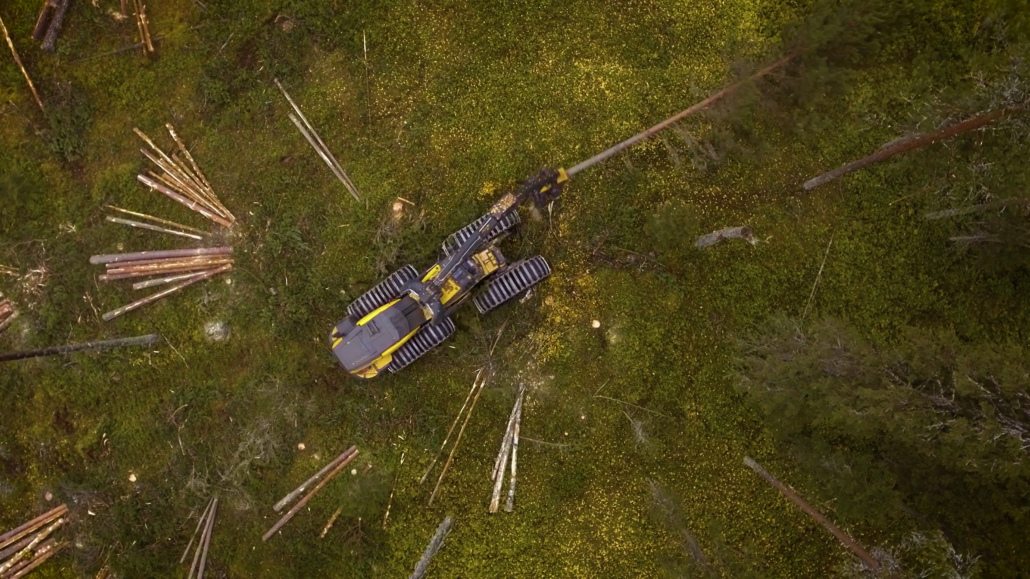 The advantages of forest sector digitalization are not just big companies’ privilege. Anyone in forest-related work can advantage from the digital solutions that enable better buying and selling decisions. Employing digital services can also be a competitive advantage for a forest service contractor. As the general public has got accustomed to using digital services in their everyday lives, offering such services can lower the bar for a forest owner to take care of their forest. Forest service providers regardless of their size can effectively offer their clients services responding to the demand. For example, open forest stand data can be utilized to locate and join together all in need of forest management work in the same area. Especially small and remote forest owners benefit from centralized contracting. 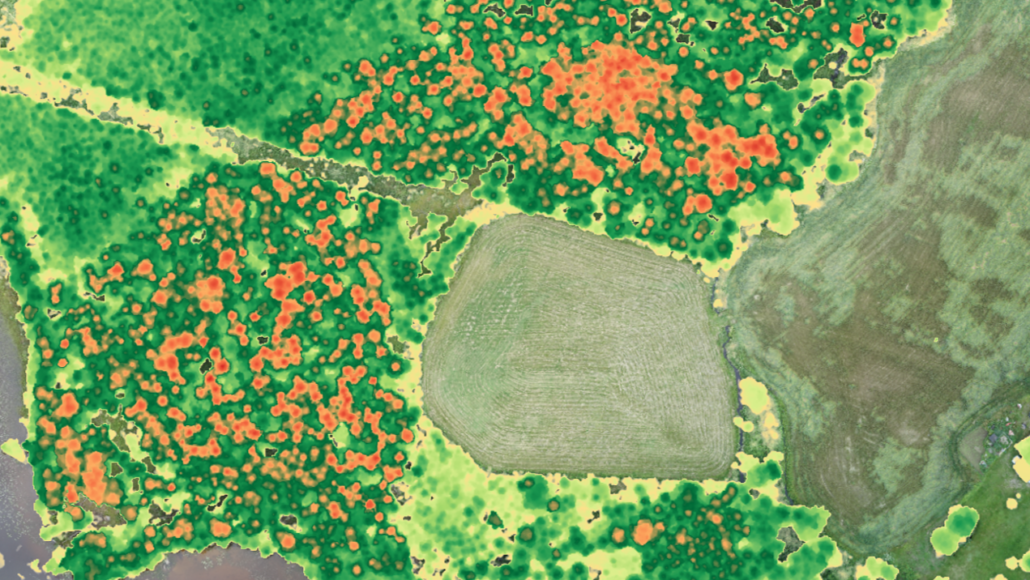 The core idea of machine learning is that the more information is collected, the more accurate the results of the analyses become. By combining information for example from nature sites, wood harvesting circumstances, wood quality, weather, and terrain, versatile predictions can be produced for the needs of forest professionals and forest owners.

With the assistance of artificial intelligence, more comprehensive information can be produced to support decision-making in issues related to harvesting efficiency, estimation of carbon turnover, or enhancing the biodiversity of forest nature, among other things. Wood quality and the variation of size distribution in different kinds of woods can also be estimated and, therefore, the possibilities of further wood processing increased.

The Importance of Collecting Data

All of the ways the collected data can be used with the help of AI now and in the future are not always entirely clear. This is exactly why it is better to save rather more than less data. In the future, training data can be needed regarding aspects the advantages of which we do not yet understand. With the modern technology, it is already possible to produce information on the composition, development and special features of forests in a good resolution and a fairly quick cycle. As the development of satellite monitoring continues, even more real-time satellite data with an even better resolution will be available, which in its part enables better decision-making for sustainable forestry. 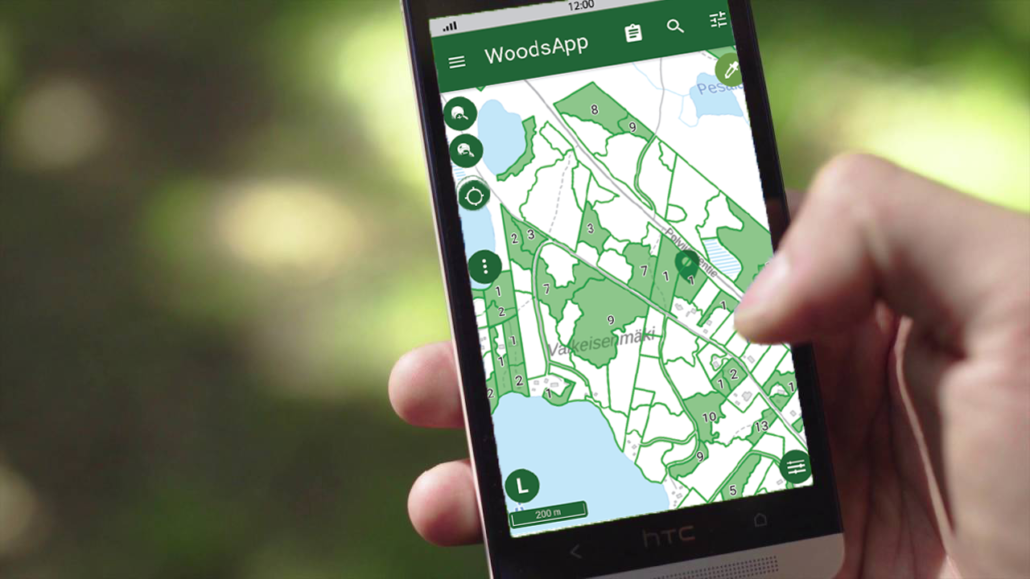 Information can be saved based on location directly on field with mobile applications. Picture featuring WoodsApp.

Digi is Here to Stay

Digitalization already serves in year-round identification of special features of worksites and harvesting planning. With artificial intelligence and satellite monitoring, the state of forest and the quality of wood can be estimated even before taking the first actual step in the forest. Technology changes quickly and new innovations are made continuously. The solutions present at the forest sector today are only the beginning. 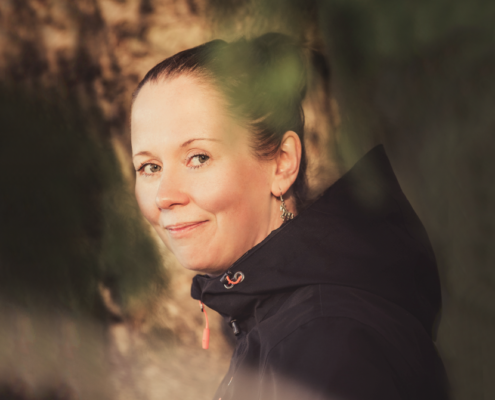 The Production Use of Foresta Begun
Scroll to top